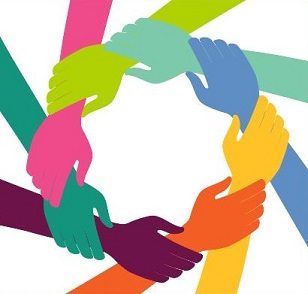 Tackling Social Isolation and Loneliness in East Suffolk
Social isolation and loneliness and their impact on people of all ages in communities across the District was the top priority for action overall across our network of Community Partnerships – six of the eight Community Partnership identified isolation and loneliness in their top three priorities. Today is about learning from experts in the field, but also hearing about local community-led projects and the impact that they are having in terms of connecting people in East Suffolk.

Speaker Biography: Kim Leadbeater is an ambassador for the Jo Cox Foundation which was set up after the murder of her sister, Jo Cox MP, on June 16th 2016. She chairs the Batley & Spen ‘More In Common’ volunteer group and is spokesperson for The Great Get Together, an annual weekend of community events across the UK held in June.

Kim lives in the constituency of Batley and Spen where she and Jo grew up and which Jo represented in parliament from the general election in 2015 until her death.

She is a self-employed fitness professional and former lecturer in physical activity and health, with a passion for holistic wellbeing. Since Jo’s death she has devoted much of her time to creating a positive legacy for her sister and has worked tirelessly to create as much positive energy and action from Jo’s horrific murder. Through her work in Yorkshire and across the UK, she champions the importance of strong communities, where everyone has a sense of identity and belonging, inspired by Jo’s words in her first speech to parliament when she said: “we have far more in common than that which divides us.”

Speaking of the Great Get Together, Kim said:
“The Great Get Together is about celebrating the strength of our communities – focusing on the things we have in common and taking some time out to connect on a human level. By building strong communities where we all have a sense of identity and belonging, and meeting people we may not normally meet, we can work towards tackling issues such as loneliness and social isolation and break down barriers which can cause division.”